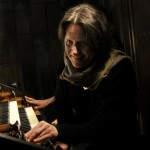 Véronique Le GUEN is tenured organist at the Kern organ of Saint-Séverin church in Paris (since end of 2013). In addition, she is also deputy-manager of the Academy of Church Music and Arts of Sainte-Anne church in Auray (Morbihan). The Academy has been founded in 1999 , as Auray is the most important place of pilgrimage in Brittany. Surrounded by a dynamic team involved in an original project, Véronique is in charge of studies, accompanies the Sainte-Anne d’Auray children’s choir and is also the choirmaster of the Camerata Sainte-Anne.

She is very engaged for Brittany, her native soil, thus she undertakes numerous projects having for centre the organ: teaching, liturgy, cultural and patrimonial activities.

Furthermore she is giving concerts in France and abroad, performing as a soloist or with various musical companies, since 2004 she is giving duo performances with Anne Vataux, dancer and choreographer.

In 2014, Véronique recorded César Franck’s Three Chorals and Charles-Marie Widor’s Symphony n° 4 on the Great organ Cavaillé-Coll in Sainte-Anne d’Auray’s basilica (1rst recording after the restoration done by Nicolas Toussaint). She has also taken part in the recording of the CD “O amor Jesu” by Athenaïs (organ works from Nivers on the historic organ Le Helloco in Josselin (56), as well as in the first collective and amicable recording having for centre the Dallam-Sals organ in Crozon (29).

Véronique Le Guen has been elevated to the rank of Chevalier de l’ordre des Arts & Lettres in 2009, by culture minister Christine Albanel. 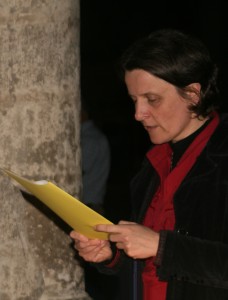