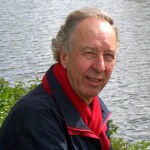 Johann Theodorus Lemckert (1940, The Hague) was at the age of 28 appointed organist of the three organs of Rotterdam including the St. Laurenskerk.

Student at the Royal Conservatory in The Hague and Paris with Marie-Claire Alain and Gaston Litaize.

Excellence Awards at the Royal Conservatory in The Hague, he received various awards such as Pin Erasmus of Rotterdam and the Silver Medal of the Academic Society of Arts, Sciences and Letters in Paris.

Organ professor of church music and improvisation at the Royal Conservatory in The Hague, he taught many young organists who obtained important positions in the Netherlands, Scandinavia, Germany and the United States of America.

He has given concerts in almost all Western European countries (St. Bavo in Haarlem, St. Paul’s Cathedral in London (“Celebrity Recitals”), St. Stephen Vienna Cathedral of Antwerp, Brussels, Dresden, Nantes , Lausanne …). He also made six major tours in the United States of America and Mexico, where he also gave several Master Class.

Johann Theodorus Lemckert also has activities as a composer for organ, choir a cappella choir with instruments, brass ensemble and various liturgical works of Laurens Church.