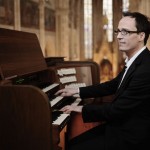 Ulrich Walther (born in 1980) studied at the University of Music and Performing Arts in Stuttgart (Germany), where he passed all exams (bachelor in Church music, diplomas in concert performance and music teaching, magister in school music) with distinction. During that time his professors were Prof.Dr.Ludger Lohmann (organ), Prof.Dieter Kurz (Conducting) and Hans-Martin Corrinth (Improvisation).

From October 2008 until 2010 he taught as a guest professor organ, improvisation and figured bass at the Conservatory in Graz (Austria). Since October 2010 he is regularly working as a professor in Graz.

In August 2010 he released his first CD mit Bach-Arrangements by Max Reger with the british Label Priory, recorded at the historic Sauer-organ in Bremen Dom. Soon he will make a recording of the complete Bach-transcriptions for organ by Max Reger. 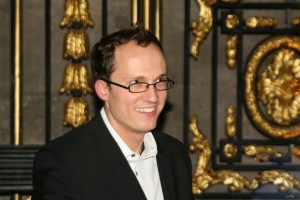