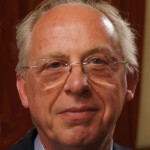 Philippe Lefebvre discovered the organ at the age of 15 at the tribune of Notre-Dame de Paris where he met the famous organist Pierre Cochereau.

At the age of 19, he was appointed organist of the Arras cathedral and won the first prize for improvisation at the Lyon international competition in 1971. In 1973 he won the grand prize for improvisation at the Chartres international competition and then became titular organist of this prestigious cathedral.

In 1985 he was appointed titular organist of Notre-Dame de Paris with Olivier Latry and Jean-Pierre Leguay.

He regularly gives concerts and master classes in Europe, the United States, South America, Japan, Russia and Eastern Europe and has made numerous recordings.

He was for more than twenty years a qualified member of the commissions of the Ministry of Culture in charge of the restoration and construction of organs and a member of the Superior Commission of Historic Monuments.
Considered as one of the most representative interpreters and improvisers of French art, Philippe Lefebvre is president of the association of the great organs of Chartres and of the national association Orgue en France. 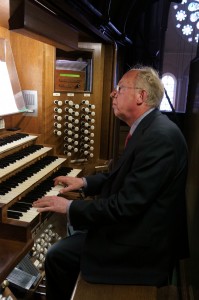 In 1976 he was appointed titular organist of Chartres Cathedral, then in 1985 as titular of Notre-Dame Cathedral with Olivier Latry and Jean-Pierre Leguay.

Alongside his concert career Philippe Lefebvre is “manager”: it has been for over twenty years as director of the National Conservatory of Lille, the oldest in France, which under his leadership became one of the most famous in 1700 with students.

Philippe Lefebvre has traveled the world playing concerts and conducting master classes. He has many recordings to his name and is regarded as one of the players and improvisers most representative of the French Organ School, an art which he illustrates troughout the world.