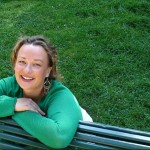 Monica Melcova received her first musical education at the age of five in Slovakia, where she was born in 1974. After her studies of piano and organ at the conservatory in Kosice, she went on to study at the University for Music and Performing Arts in Vienna with Hans Haselböck and Michael Radulescu and received her „Magister Artium“ with highest distinction and a prize of honor by the Austrian federal government.

She was then admitted to the Conservatoire National Supérieur in Paris for post gradual courses to perfect her organ playing with Olivier Latry and Michel Bouvard. She received grants from the Foundation Meyer and the Mécénat Musical Société Générale. The Nadia et Lili Boulanger Foundation supported her studies of improvisation with Loic Mallié at the Conservatoire National Supérieur in Lyon.

Monica has successfully participated in numerous competitions : she received the Diplôme d’honneur at the Festival in Bruges in 1997, the Audience’s Price in the Festival in Zilina in 1997 and the Special Price of the Unesco in Lisbon in the year 2000. She has made recordings with the Austrian Radio in Vienna, La Radio de la Suisse Romande, France Musique, RTBF Bruxelles etc…

In 2002 she was appointed organist of the KERN organ at the Kitara Hall in Sapporo, where she performed and taught master-classes for a year. During her stay in Japan, she played concerts at venues like SUNTORY HALL in Tokyo, METROPOLITAN ART SPACE in Tokyo, NIIGATA PERFORMING CENTER, MORIOKA CIVIC CULTURAL HALL, YOKOHAMA MINATO MIRAI CONCERT Hall etc… Since then, she has returned to Japan several times to take part in projects organized by the Kitara Concert Hall and the Alliance Française in Osaka and Sapporo. She has also continued to teach master-classes for the organ academy of Hokkaido. In Europe, concert tours take her to the prime examples of her instrument : she has played in NOTRE-DAME DE PARIS, CATHEDRAL SE of LISBONNE, LA MADELEINE, CHAPELLE ROYALE DE GRENADE….

She also regularly works with soloists and chamber music groups like Nora Cismondi (Principal oboe of the Orchestre National de France), Julia Schläffer (Flute) or Musica Aeterna. Currently, Monica is organist at Saint Martin des Champs in Paris and teaches in the Normandy. In September 2006, she opened an organ class at the Conservatory Gaston Litaize at Montereau.

In September 2012 she is invited as member of the jury of international competition Grand Prix de Chartres. 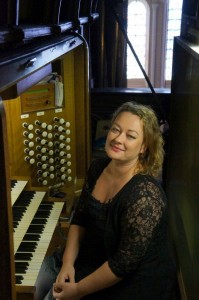