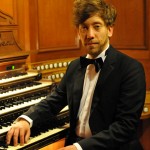 Baptiste-Florian Marle-Ouvrard, studied at the Paris National Superior Conservatory where he was taught by such personnalities as Olivier LATRY, Thierry ESCAICH, Pierre PINCEMAILLE, Philippe LEFEBVRE, Jean-François ZYGEL, and François-Xavier ROTH.

He got there 8 first prizes (organ, improvisation, continuo, polyphony of Renaissance, harmony, counterpoint, fugue, orchestration) and a Orchestra direction certificate.

Organist of the Church of St. Vincent de Paul in Clichy-la-Garenne (Paris), he was appointed in 2015 as Titular Organist at Saint Eustache Main Church in Paris. He appears regularly in concert in France and abroad (Germany, UK, Spain, Luxembourg, Switzerland, USA, Russia). He taught improvisation and composition at the Conservatory of Viry-Chatillon (Essonne). He also created in 2007 his Oratorio “Noah’s Ark” for chorus, orchestra and organ. The magazine “Organ – Journal für die Orgel” gave him the title of “Organist of the Year 2007”. He regularly collaborates with the French Cinematheque for film concerts where he was artist in residence for 2015.

In March 2015, he was appointed by competition as titular organist of the great organs of the Saint Eustache church in Paris. 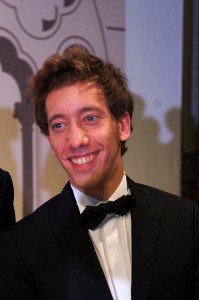