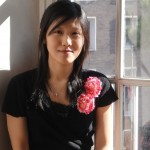 Ami Hoyano began her musical studies with piano, then the organ at the age of 16. Admitted to the university Geidai (Tokyo University for Fine Arts and Music) in the class of Tsuguo Hirono, Naoko Imai and Makiko Hayashima, she obtained a Bachelor degree and a Master’s degree for organ. She received several awards for the best performance (Ataka price, price Akansas…) at the University Geidai.

ln 2007, Ami Hoyano was admitted to the Conservatoire National Superieur de Musique de Paris in the class of Olivier Latry and Michel Bouvard and received his Master in June 2011 after a recital at Notre-Dame de Paris. She is currently attending Bernard Foccroulle the Royal Conservatory of Music in Brussels since September 2011.

She is supported by the Legacy Foundation Jabesh, Tarrazi Fund and a grant from the Japanese Government Overseas Study Program for Artists. 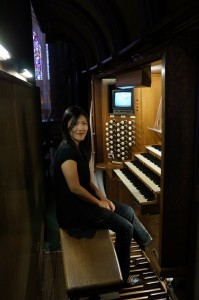