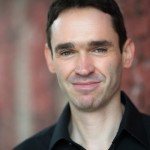 Herman Jordaan was born and grew up in Pretoria, South Africa.

From 1997 to 1999 he studied with Jacques van Oortmerssen at the Conservatory of Amsterdam, where he obtained the diploma.

He has undertaken concert tours to Europe and Scandinavia, and currently has engagements in the UK, Europe and the USA.