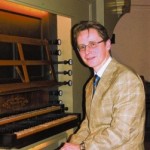 Since 1996 Thomas Dahl has served as Director of Music and Principal Organist at St. Peter’s, one of the five principal churches of Hamburg, Germany. His duties there include the direction of the Hamburg Bach Choir, its subsidiary choirs, and the St. Peter’s Collegium musicum, as well as planning and execution of music for weekday, Sunday and festival services and for concerts.

In 2007 he was honored with the title of Kirchenmusikdirektor. The St. Peter’s Organ Project, providing complete renovation of the church’s three Beckerath organ, was completed in 2008. Now with 66 stops on four manuals and pedal, the grand organ is the focal point of the St. Peter’s Summer Organ Festival and the weekly Church Music Hour. Prior to his appointment at St. Peter’s, Dahl served Trinity Church (Dreifaltigkeitskirche) in Aachen and directed the Aachen Chamber Choir.

He was born in Tônning in northern Germany. After completing his secondary education, he went on to Study Church music, composition, music pedagogy, musicology and organ performance in Hamburg, Stuttgart, Paris and Chicago. His most significant organ teachers were Heinz Wunderlich, Jon Loukvik and Daniel Roth. He also coached with Wolfgang Rübsam and Jean Guillou.

Thomas Dahl has won numerous international organ competitions in performance and improvisation. Since the age of eighteen, his concert career has taken him all over Europe, to the United States, Japon and Egypt. He has performed in such venues as Notre-Dame de Paris, Thomaskirche Leipzig, the St. Petersburg Philharmonic Hall and Westminster Abbey. He also has participated in the international music festivals of Paris, Moscow, Rome and Richmond, Virginia. Mr. Dahl has taught courses and seminars at conservatories around Europe and in the United States. To date he has directed three Hamburg Mcister Courses in Organ at St. Peter’s. In 2006 he spent time as Church Musician in Residence at Lenoir Rhyne College in North Carolina.

His particular interests are in the organ works of Bach, Reger and the French symphonie composers. Improvisation at the organ is another important emphasis of his work. 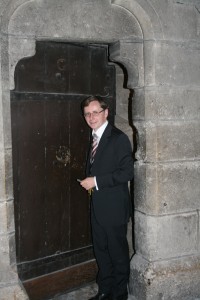