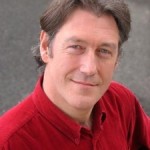 Ablitzer was born in Grandvillars in the Territoire de Belfort, in which department he has lived almost all his life. At first self-taught, he later studied with Pierre Vidal at the Strasbourg conservatory. Since 1971 he has been the organist of Belfort Cathedral, with its historical Valtrin/Callinet/Schwenkedel organ officially classed as a Monument historique. From 1971 until 2007 he was also professor of organ at the Belfort conservatory. He initiated the construction of an Italian baroque type organ by Gérald Guillemin (1979) and of a Northern baroque type instrument by Marc Garnier (1985), so that Belfort, which already had romantic instruments, became an ideal place to teach the organ.

His interest in historical instruments of the northern type, which led him to Germany (including East Germany before die Wende, which he regularly visited between 1976 and 1984), culminated in his efforts on behalf of the reconstruction of the organ David Beck built for the chapel of Gröningen castle in 1596 and on behalf of the restoration of its case; at present this organ is in Saint Martin’s in Halberstadt. It was he who alerted the authorities to the deplorable state of this famous instrument, described by its one-time organist Michael Praetorius in his Syntagma Musicum. He is still among the driving forces behind “Organum Gruningense Redivivum”, the action group campaigning for the restoration of the Beck organ, although he is now its honorary president.

The music of Praetorius is particularly important for Jean-Charles Ablitzer. In 2005 he recorded Praetorius’s complete organ works on the Hans Scherer organ in St Stephen’s in Tangermünde (published by Alpha in 2008). On the Compenius organ in the Frederiksborg Palace, he also recorded a cd entitled Auch auff Orgeln with transcriptions for organ (by himself as well as by others) of vocal and instrumental music by Praetorius (Musique et mémoire productions). He often plays Praetorius in his recitals, and in 2006 he even made a slide show of a trip he made that took him In the Footsteps of Michael Praetorius to Wolfenbüttel, Halberstadt, Gröningen and Creuzburg, Praetorius’s native city.

In addition to Praetorius, Ablitzer’s discography includes the complete organ works of Buxtehude (Harmonic Records) and Brahms (Harmonic Records), as well as works by Bach, Georg Böhm, François Couperin, Jean-François Dandrieu, and others.

He has performed as a soloist all over France, where festivals like the Festival d’Avignon, Toulouse les Orgues, Musique et mémoire, and the Festival international de piano de La Roque-d’Anthéron (which accommodates organists and harpsichordists besides pianists) have invited him. He has also played in numerous European countries, including Germany, Belgium, Switzerland, Austria, Spain, and Italy; in Denmark he participated in the celebrations around the 400th anniversary of the Compenius organ (1610–2010) in Frederiksborg. His concert tours have also taken him to Japan.

Besides playing solo recitals, he likes to work with singers, notably with the Catalan baritone Josep Cabré, and with ensembles like Gérard Lesne’s Il Seminario Musicale, in which he played continuo for fifteen years. Among the numerous radio and television broadcasts featuring Jean-Charles Ablitzer, his regular invitations to France Musique’s Organo pleno programs deserve special mention.