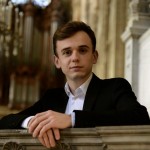 Born in 1990, Thomas Ospital began his musical studies at the Conservatoire Maurice Ravel in Bayonne (France). While in Bayonne, his organ studies were with Esteban Landart. He completed his studies with Landart in 2008 (Mention Très bien à l’unanimité).

In 2012, he served as Young Artist in Residence at the Cathedral-Basilica of Saint Louis King of France in New Orleans.

He frequently performs in different countries as a soloist or with choir or orchestra.

In March 2015, he was appointed as titular-organist of Saint-Eustache church in Paris.

Improvisation plays an important part in his professional activities. Anxious to perpetuate this art in all its forms, he makes use it whilst accompanying silent films. 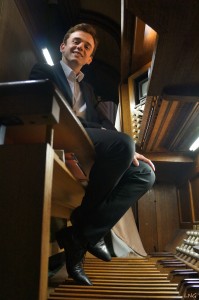