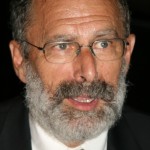 Pierre de Kergommeaux is organist of the Collegiale Church of Saint-Denis, Amboise. He began the organ at the Conservatory of Nantes with Jean Costa. He continued with Xavier Darasse and André Isoir in Angers, where he won first prize for organ unanimously. He also followed different courses for the teaching profession and won several prizes and awards in music theory, harmony, piano, music history, sight reading, singing and chamber music. He followed the first Academy in Semur en Auxois with Michel Chapuis, Philippe and Gerard Hartman Fonvieille.

He was organist and choirmaster of the Church of Our Lady of Angers, and some time substituts organist in the Paris region, including St Rémi de Maison-Alfort, St Nicolas and St Severin. He gave numerous concerts on famous and prestigious instruments (Cathedral of Poitiers, Bourges, Luçon, Chartres, St Dizier, Brive, Perpignan). He also plays chamber music, orchestra (continuo), or with choir, in many concerts with different ensembles in the region.

Member of the Ensemble Jacques Moderne for several years, he is currently a member of the Ensemble “Musica Barroca” Tours. In 1981, he recorded an album, critically acclaimed, dedicated to Frescobaldi, on the organ of San Carlu Monticello (Haute-Corse). It is one of the leaders of the association “Renaissance Organs d’Amboise.” 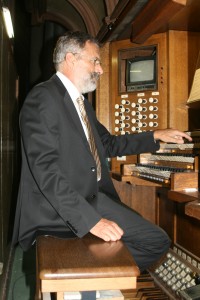