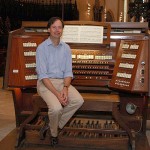 Born in 1965 in Oldenbourg (Germany), Silvius von Kessel studied the organ at Folkwang Hochschule Essen. There, he obtains the Examination of State of sacred music. He continued his studies with Olivier Latry, holder of the organ of Notre-Dame de Paris, and became international concert performer.

Also, he becomes holder and choimaster of the cathedral of Erfurt in 1999. Then in 2004 he reaches the presidence of the “Thûringer Bachwochen” ‘s festival (the biggest festival of music).

He carries out an international career of concert performer, also as interprets of literature of organ and like improviser. He registered cd’s for the radio and appeared in television shows.

Recently, he was congratulated for his performance of his version of the third symphony in b minor of Anton Bruckner. 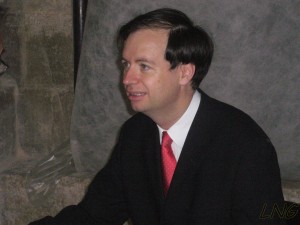