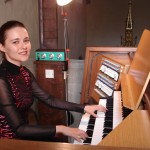 Ksiazkiewicz Lydia (born in Poznan) – Polish pianist and organist . She graduated from playing the piano and organ at the Music Academy in Bydgoszcz and Poznan.

She performs regularly at many prestigious music festivals in Europe (including Vienna ORF Radio Hall, Philharmonic Hall in Bilbao , and Krakow, Notre-Dame in Paris , Haarlem, Copenhagen, Bonn, Düsseldorf, Bordeaux, Saint-Remy) and also participates juries in organ competitions. As a soloist she played with many orchestras, including Symphony orchestra in Krakow Philharmonic, Slovak Sinfonietta, and the Orchestre de Bretagne. Lidia Ksiazkiewicz is a lecturer, playing the organ and piano in two French conservatories. She is also the author of numerous publications on teaching and master classes piano and organ. 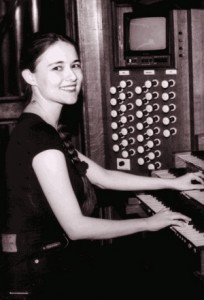