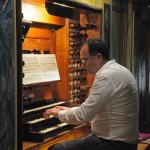 Born in 1962, Jean-Pierre Lecaudey begins the study of the piano very early. Favouring studies of organ, he improves in Xavier Darasse’s class in C.N.R. of Toulouse. In 1982 then 1983 are awarded to him in the unanimity of jury a gold medal, then a first price of improvement.

Since 1983, his organist’s career concert artist led it to occur in numerous festivals, in France in Europe, in North America and in Japan.

Since September, 2000 Jean-Pierre Lecaudey is professor of organ at The National Music School of “Grand Avignon”. He is regularly invited in the United States and in Canada to give of Master Classes and Recitals on French Music. He is also member of jurys for international competitions.

He is the holder of the Pascal Quoirin’s organ of Saint-Rémy-de-Provence. 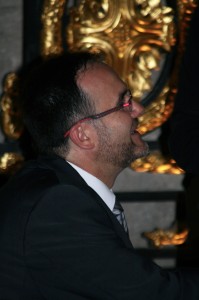