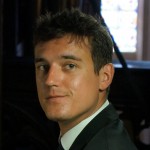 David read Law at Oxford as organ scholar at St John’s College, studying with John Wellingham and David Sanger. He is currently a doctoral student at the Eastman School of Music (New York) under David Higgs and William Porter. Between Oxford and Eastman he spent a year as organ scholar of Christ Church Cathedra) and St Patrick’s Cathedral, Dublin.

Aside from solo performance David is active as an accompanist, continuo player and occasional cocktail pianist. He has also taken to accompanying silent movies; recent engagements have featured The Phantom of the Opera (1925) and Nosferatu (1922). He also enjoys occasional access to the large Wurlitzer organ in the Auditorium Theatre in downtown Rochester, and has gone some way to legitimising this private indulgence in being elected as a director on the Board of the Rochester Theatre Organ Society.

He is enthusiastic about food, red wine, microbrews, and Malawi cichlids. He is represented in the USA by Phillip Truckenbrod Concert Artists. 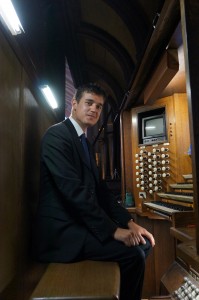