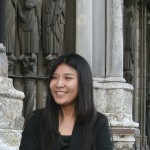 Born in Seoul, South Korea, Yeon-ju KIM start organ music in Gye-won Arts High School. Later at the Yonsei University in Seoul she studied with Dr. Tong-soon Kwak and Dr. Dong-lim Min and she obtained the Bachelor’s degree of music in 2006. In 2003, she obtained Grand prize of the 4th Sports Today Bethesda University Music Competition in all instruments and played the recital at Young-San Arts Hall. The others are that she participated 7th, 8th International Torch Organ Academy and several master classes renowned organiste such as Louis Robillard or Ludger Lohmann.

In 2006 she came in France and she studied the organ and the harpsichord with Éric Lebrun (organ) and Richard Siegel (harpsichord) in St.Maur Conservatory where she won the two first prize for organ and harpsichord. Her studies continuel with Michel Bouvard and Olivier Latry at the Conservatoire National Supérieur de Musique de Paris since 2007. She gave concerts in Seoul and she is giving concerts in Europe. 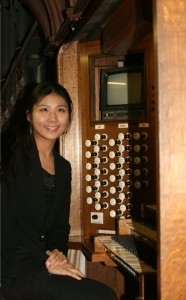