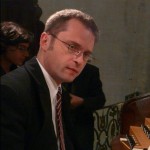 Vincent Warnier, born 14 October 1967 at Hayange (Moselle), is a French organist. He completed his musical studies at the Conservatory of Strasbourg (organ class of Daniel Roth and Andrew Stricker), the Conservatory of Rueil-Malmaison (class of Marie-Claire Alain) and the Conservatory of Paris , where he won numerous awards (organ with Michel Chapuis and Olivier Latry).

in 1992 he was awarded first prize for interpretation of the Grand Prix of Chartres.

Regarded as an instrumentalist and improviser foreground Vincent Warnier conducting an international concert career. He performs regularly in Japon and major European countries. It should aise clarify its commitment to a second job he leads in parallel with the first: the music teacher. Associate Professor, he taught at the University of Poitiers and is now a professor at the College Stanislas in Paris. 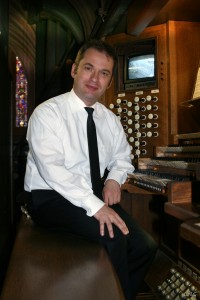