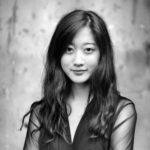 Born in Germany, Sarah Kim is an Australian organist of Korean origin, who is now based in Paris.

She began her musical studies (piano and violin) at an early age in Cologne and had her first organ lessons with Miriam Gaydon at the age of eleven in Sydney. After finishing high school, she studied organ with Philip Swanton at the Sydney Conservatorium Music, where she graduated from a Bachelor of Music Performance course with First Class Honours and the Sydney University Medal. During her student days at the Conservatorium, Sarah held several organ scholar positions at the University of Sydney, St Paul’s College and St James’ Anglican Church. She performed with numerous ensembles including the Sydney Symphony Orchestra, the Australian Youth Orchestra and the Sydney Chamber Choir. As a soloist she performed in major concert venues including the Sydney, Perth and Melbourne Town Halls and the Sydney Opera House.

On completion of her studies, Sarah Kim was awarded a University of Sydney overseas travelling scholarship and became the first Australian organist ever to be accepted into the ‘Cycle de Perfectionnement’ and Master course at the Paris Conservatoire, where she studied under the tutelage of Oliver Latry and Michel Bouvard. She subsequently pursued further studies with Wolfgang Zerer, Andrea Marcon, Lorenzo Ghielmi and Jörg-Andreas Bötticher at the Schola Cantorum Basiliensis, where she gained a specialised Masters degree in early music.
Prize-winner of the Sydney, Newcastle and Paris International Organ Competitions, Sarah Kim has given masterclasses at the Sydney Conservatorium of Music and the Oundle International Summer Academy in the UK.

She has performed at Notre-Dame Cathedral in Paris, Westminster Abbey, Mont St Michel, the Royal Chapel in Versailles, Stavanger Concert Hall, the Musikverein in Vienna and in the Berlin Philharmonie. She has featured as soloist with the Swedish Baroque Orchestra, the Oxford Band of Instruments and the Bordeaux Orchestra and has given duo concerts throughout Italy and Paris with her mentor, Jean Guillou. She also plays regularly with the Parisian ensemble ‘le Balcon’ and the l’Orchestre National de France.
Sarah Kim is currently organist at l’Oratoire du Louvre in Paris. 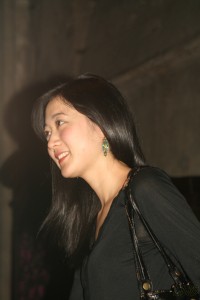