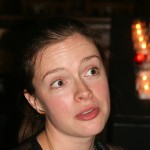 Maria Magdalena Kaczor was born in 1980 in Kościan, Poland. Her love of music awakened at the age of seven, and she received initial piano instruction, at first at the music school of her hometown, then later with Hanna Morawska-Bernacka at the music school in Poznań.

In 1995 she was accepted into the piano class of Aleksandra Utrecht at the Mieczysław Karłowicz Music High School in Poznań, where in 1999 she passed her examinations as instrumental soloist with a major in piano and in music education (with emphasis on piano). She additionally studied choral conducting, conducting (in the class of Przemysław Pałka, exams with honors), improvisation, chamber music, and organ.

As a result of her participation in an interpretation course for organ music in France, she received an invitation to continue her training in Paris. From 2005 she studied with Françoise Dornier at the Conservatoire Gabriel Fauré in Paris (5th Arrondissement), graduating with a diploma in organ from the Conservatoire National de Région in June 2008.

In addition, she studied organ at the Hochschule für Musik und Theater in Hamburg with Prof. Pieter van Dijk and Prof. Wolfgang Zerer between April 2011 and March 2012.

In 2003 she was a finalist at the Primus Inter Pares Competition, and in October 2007 at the André Marchal International Organ Competition in Biarritz, with a special mention from the jury.

In September 2011 she shared the second prize (a first prize was not awarded) at the International Hermann Schrœder Organ Competition in Trier, Germany.

Between 2003 and 2008 she organized, in conjunction with the Cultural Office of the City of Kościan, a series of organ concerts in the Gothic St Mary of the Assumption Church.

Since 1998 she has participated in over 150 benefit performances for the preservation of the Friedrich Ladegast organ of the St Stanislas and St Mary Magdalen Basilica in Poznań.

She performs regularly at music festivals in Belgium, Germany, France, Japan, Italy, Luxemburg, the Netherlands and Poland, at the Festival Berlioz in La Côté Saint-André (Isère, France) and at the Festival Basse Navarre. 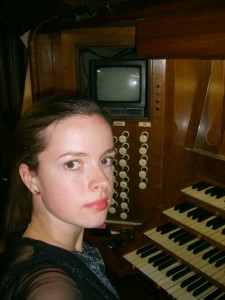