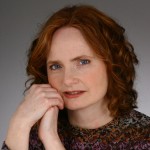 In the forefront of American organists, DIANE MEREDITH BELCHER has performed throughout the United States for over 25 years, in addition to appearances in France and England. She began organ study with David Spicer, and made her solo recital debut at age 15. Her degrees are from the Curtis Institute of Music and the Eastman School of Music, where she studied with John Weaver and David Craighead, respectively; other teachers include Clarence Watters and Wilma Jensen. She is a laureate of both the St. Alban’s (England) and Chartres (France) international organ competitions, and won the American Guild of Organists’ top prize in its professional certification examinations.

Diane Belcher has performed regularly on the Wanamaker Grand Court Organ in Philadelphia, in duo-recital with trumpeter Rob Roy McGregor of the Los Angeles Philharmonic, and as soloist with numerous orchestras. In July 2002, she created a sensation performing the Jongen Symphonie Concertante with the Philadelphia Orchestra at the Girard College Chapel, receiving a thunderous standing ovation from the 2500+ members of the national AGO convention. A recipient of the 2000 Golden Ear Award for her premiere CD of the celebrated Glatter-Götz/Rosales organ in Claremont, California, her recordings are often broadcast on radio and television, including Public Radio International’s Pipedreams.

Diane Belcher has led numerous workshops and master classes, and is in demand as a competition juror. She has been active as a church musician for over three decades, and was the founding director of the Memphis Concert Chorale. She is frequently asked to consult for church organ projects, and has commissioned and premiered several new organ compositions.

Laudatory reviews of her playing have appeared in such publications as Clavier, The New Records, The American Organist, Organists’ Review, The Diapason, the German journal Orgel International, and American Record Guide.

Diane Belcher was recently appointed to Saint Mark’s Episcopal Church, Philadelphia, where she and Matthew Glandorf serve jointly as Organists/Choirmasters; she continues to serve on the Organ Faculty of Westminster Choir College in Princeton, New Jersey, and teaches privately in the Philadelphia area.