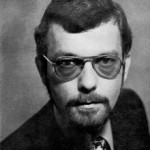 “His career has won him recognition in the United States, England, France, Germany, Austria, Poland, Czechoslovakia, and Yugoslavia. He now lives in England”

Born in Dayton, Ohio, in 1947, Benbow studied organ at Syracuse University and the University of Oklahoma.

He won the 1967 National Federation of Music Clubs national playing competition and, in 1968, served on the faculty of the Bay View Michigan Summer School of Music.

In 1970 Benbow was awarded a Fulbright Grant for study in Cologne, Germany, and in 1972 he won the highly-coveted first prize in the ‘Grand Prix de Chartres’.

Charles was the organist for Central Presbyterian Church in Houston, Texas, during the 1980’s, and he taught other organists during that time. In addition, he gave concerts in various cities in the US (NYC, Pittsburgh, etc…) and Europe.