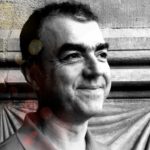 He continued his harmony studies at the Conservatoire National Supérieur de Musique et de Danse de Paris in the class of Jean-Claude Raynaud, where he obtained, in 1992, his Diploma of Musical Writing with honors.

He then began a career as a liturgical organist, concert performer and teacher: in 1987, he became titular organist of the great organ of the Saint-Louis church in Port-Marly (78) until 2006.

In 1996, after passing the competitive examination, he became professor of music education for the City of Paris.

Since 2002, he has held the Parisian professional card of “Artiste Musicien des Cultes“.

In 2005, Olivier Mainguy was appointed organist of the Great Organs of the Cathedral of Saint-Etienne de Meaux (77), a position he held until 2017.

His training with Gaston Litaize also allowed him to develop a musical sense well adapted to the accompaniment of sacred song.

As a concert performer, Olivier Mainguy has had the opportunity to perform, notably in prestigious venues, during concerts or recitals in France (Paris, Chartres, Reims, Saverne,..) or abroad (Germany, Austria, Italy, Poland,…).

As a teacher, Olivier Mainguy attaches great importance to the transmission of his passion for music to young people.
In this regard, with other teachers and in partnership with the Academy of Paris, he has been actively collaborating for several years with the association Le Paris des Orgues and the Claude Monet College in the preparation of concerts with the students. The goal is to make the children, accompanied by the organ, actors of the music and to make known this instrument to the school public in Parisian places rich in history and heritage.