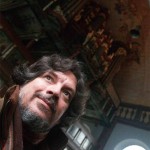 Born in Boulogne-sur-Mer in 1962, son of the Sorbonne professor Henri Adamczewski, Marc Adamczewski received his formation as an organist with Suzanne Chaisemartin and Gaston Litaize.

At the age of 20, having already received a diploma at the Ecole Normale of Musique in Paris, he obtained a Gold Medal at the National Conservatory of Music in Saint-Maur.

In 1982, he made a record on an organ of baroque style on which he interpreted works by Buxtehude and Bach.

In 1983, Marc Adamczewski went on his first recital tour in the USA and in Canada, and played at the Vatican in Rome during a papal audience. The same year, he received the First Prize in organ from the city of Paris.

At the National Conservatory of Music at Saint-Maur, he obtained a First Prize in Organ and Diploma of Concert Artist (unanimously, the jury being presided by Michel Chapuis and Marie-Claire Alain).

In 1984, Marc Adamczewski gave more than twenty recitals in France and North America, notably at Notre-Dame in Paris and Saint Patrick’s Cathedral in New-York. He was named Honorary Citizen of the city of Epinal for his concert there, profits from which were donated to Chose without homes in the Vosges.

Since 1975, Marc Adamczewski has been organist of the church of Précy-sur-Oise.