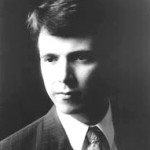 He also took First Prize at the Fort Wayne National Organ Competition in 1994.

In addition to giving solo recitals in North America, Europe, and Asia, Mr. Diaz has given the world premiere of two organ and orchestra works by Pulitzer Prize winning composers: in 2002 he appeared with the Dallas Symphony in the premiere of Joseph Schwantner’s September Canticle, and in 1994 he premiered Gunther Schuller’s Concerto for Organ and Orchestra with the Calgary Philharmonic.

He has recorded a solo CD for Delos International at the Meyerson Symphony Center, Dallas, and his recording of the Schuller concerto has been released by New World Records.

Following service as assistant organist and choirmaster at Christ Church Cathedral, Indianapolis, in 1998 he was appointed Organist and Choirmaster at Saint Michael and All Angels Church in Dallas, one of the largest Episcopal churches in the United States.